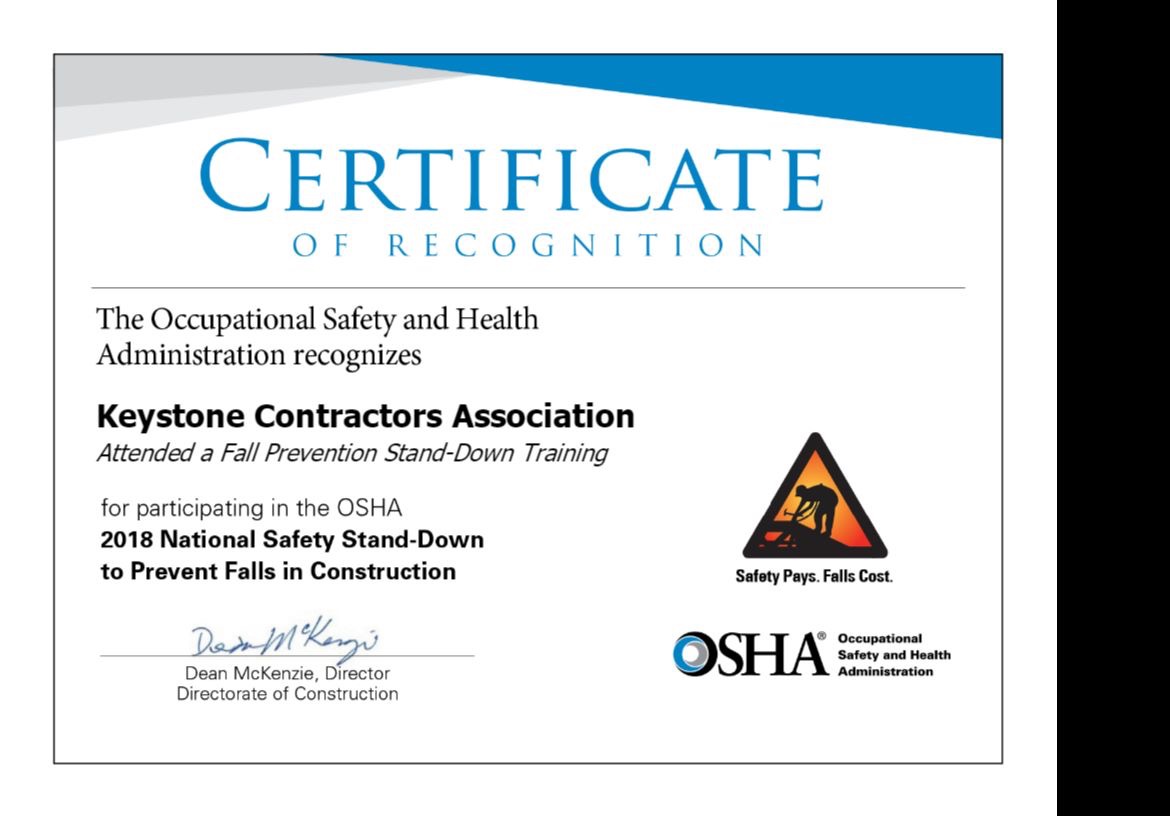 Last week was the fifth annual OSHA Stand-Down to Prevent Falls in Construction Week. The Keystone Contractors Association members joined the rest of our country’s construction industry in being excited about this weeklong tribute to safety.

This enthusiasm rubbed off on the KCA staff, and as a result I penned an article about how the staff plans to hold a Safety Stand-Down on emergency evacuation. We held the training and I’m glad we did it so now we’ll be prepared if something happens at our office.

While I erred in encouraging any type of safety training to be held during the Stand-Down to Prevent Falls in Construction Week, I later discovered that the error was in the moniker I used in labeling the event during the week of May 7-11, 2018. Five years ago, this May week was originally named an appropriate title to try to help in reducing the number one cause of construction fatalities – falls. But over time large, national/global construction firms working through the Construction Industry Safety Institute (CISI) created Safety Week (which is held in conjunction with the Stand-Down to Prevent Falls Week).

The aim of Safety Week is to raise awareness of the construction industry’s continuing commitment to eliminate worker injuries, and to clearly communicate the industry’s dedication to a culture of care and concern and the belief that every week must be Safety Week!

Building Pennsylvania is maintained by the Keystone Contractors Association.